My cello was made by the violin maker Hans Neuner, who was the director of the Mittenwald violin making manufactory Neuner & Hornsteiner and the associated instrument trade in Berlin at the beginning of the 20th century. It is not completely clear when the instrument was built and whether Hans Neuner was actually the builder or merely the vendor of the cello. It could also be an instrument owned by the well-known violin maker family, which was built by one of the ancestors of Hans Neuner, since the label is not dated. The font used (Würzburger Fraktur) and the light printing process of the note limit at least its origin to about 1906-1917. It is proven that before and around 1920 Hans Neuner sold a large part of the old family instruments – probaly for financial reasons as a result of the First World War, the international trade restrictions against Germany and the strong currency fluctuations in the post-war years. A contemporary report on Neuner and Mittenwald violin making in the American Music Magazine from August 1922 provides further insights. From the construction and the paint one can assume an age of up to 140 years. A repair label dated 1929 in Berlin clearly frames the latest possible time of original making. 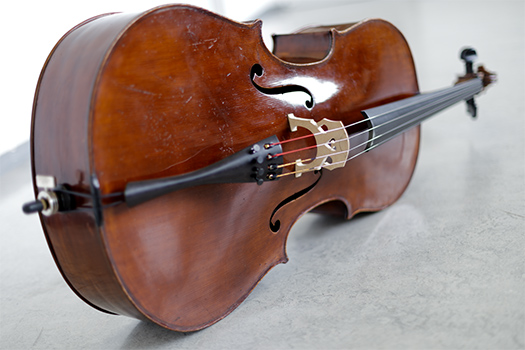 The cello was not played for years and was in critical condition – partially freed from the lacquer, neck and body separated, already opened and rather poorly and only partially repaired on the back. However, the top was virtually free of cracks and the neck with the beautifully worked scroll was also undamaged. In 2017, the back, which had been badly affected by the original damage and previous repair attempts, was replaced by a replica of the original, now one-piece. This restoration was done by the violin maker Matthias Weiken from Detmold, who also renewed the partially missing lacquer on the sides according to the original appearance. Through this work, the instrument has undergone a significant overall improvement. Especially the renewed back opens up new sound potentials. 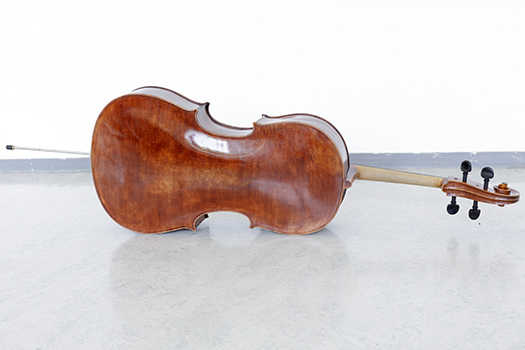 My old new instrument is already characterized by a distinguished melting sound and a very good adaptability to a wide variety of performance situations. With its noble warmth, it shapes the sound of a whole cello section in the orchestra. As a solo instrument, it allows both the powerful play of highly dynamic passages as well as the detailed execution of delicate piano parts. Again and again it surprises during the daily playing routines with new tonal nuances and colors of sound. Like a good wine, it will certainly continue to develop over the next few years, accompanying me through my intended years of study at a music college. 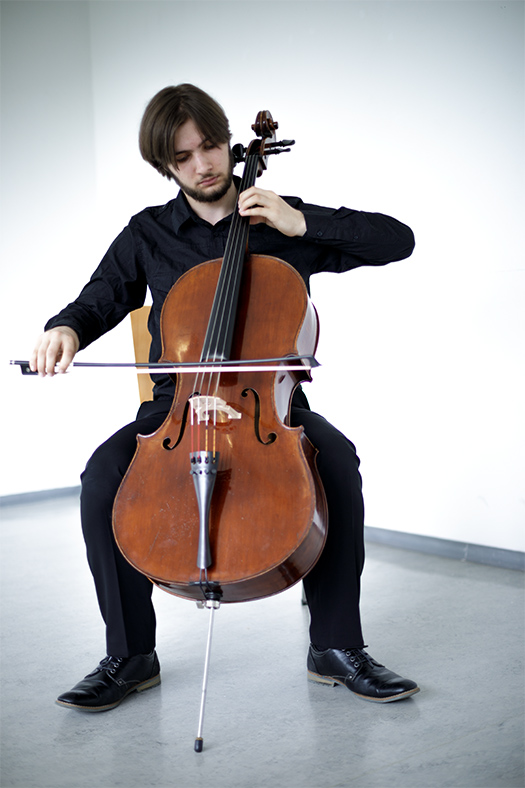