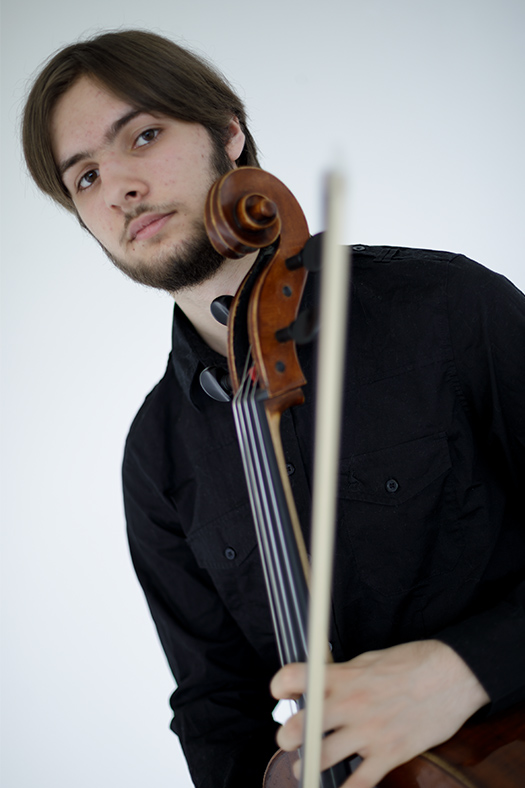 I was born in 2001 in Düsseldorf as the son of the musician, composer and musicologist Siavash Beizai and the photographer and artist Anja Scholte. I grew up in Bielefeld, where I received my first cello lessons with Marina Maestri-Foron at the age of 7 years. After a short time, my musical talent became obvious and I switched from the initial small group lessons to private lessons with Sebastian Foron. At the age of 13, taking part in the musical project Ticket in die Vergangenheit (Ticket into the Past) inspired me to pursue a professional career as an orchestral musician. That’s why I focus heavily on playing in different ensembles. Since 2015 I have been the leader of the violoncello section in the Symphony Orchestra of the Music and Art School Bielefeld. I regularly play in the big youth orchestras of the region. I like to participate often in regional, national and international orchestral projects.

At the Music and Art School Bielefeld, I receive special support within the framework of the college prep program. In addition to the music theory lessons, this also includes my second instrument piano. After about five years of self-taught piano playing, in 2016 I started with regular lessons at an already advanced level.

Music also plays a crucial role in my school life. Since 2011 I was a member of the wind class „Luftdruck“ and I also learned to play saxophone in addition to my main instrument cello. Since August 2017 I have been attending the Oberstufenkolleg Bielefeld and have got the possibility to connect school and music even more intensively. Music will become an integral part of my baccalaureate in addition to my second major in mathematics.

Besides music, computer games and chess are among my favorite activities. In both, I can put my love for analytical thinking and strategic planning into practice – whether alone or in a team. For many years I played successfully as a single and team player in tournaments for the Bielefeld chess club Sieker. Unfortunately, a while ago the organized playing of chess had to give way to the numerous musical obligations. But I rarely have any objections to a proper game of online chess.